The government intends to use satellite systems to combat smuggling

The government wants mandatory locators in vehicles transporting, among others, tobacco, alcohol or fuels. Work is currently underway on the system for monitoring the transport of so-called sensitive goods. The project assumes that authorized services will be able to check where the vehicle is located at any time. The changes are to help fight against smuggling.

At the end of July, the Council of Ministers adopted a draft amendment to the act on the system of monitoring road transport of goods, prepared by the Minister of Development and Finance. According to the announcement, the draft law will soon be submitted for parliamentary work and simultaneously sent for notification by the European Commission. In the opinion of the legislator, in order for the transport control to be effective, the data from the register should be supplemented by geolocalisation indications.

The draft amendment to the act provides for the introduction of the following technical measures for monitoring the transport of goods:

- The draft amendment assumes, among other things, that the National Revenue Administration will make available, free of charge, locator software, by means of which services will have access to the location of vehicles transporting goods listed in the Act. The implementation of the changes will allow for effective control and catching of situations in which illegal trade in fuels is taking place or goods that originate e.g. from smuggling are being transported. Comparison of data contained in the register with data from the locator or external location system will show the real route of movement of sensitive goods, which will allow for comprehensive supervision. The inclusion of external location systems in the draft act will allow entrepreneurs to adapt more quickly to the proposed changes - says Kamil Korbuszewski, GBOX expert. 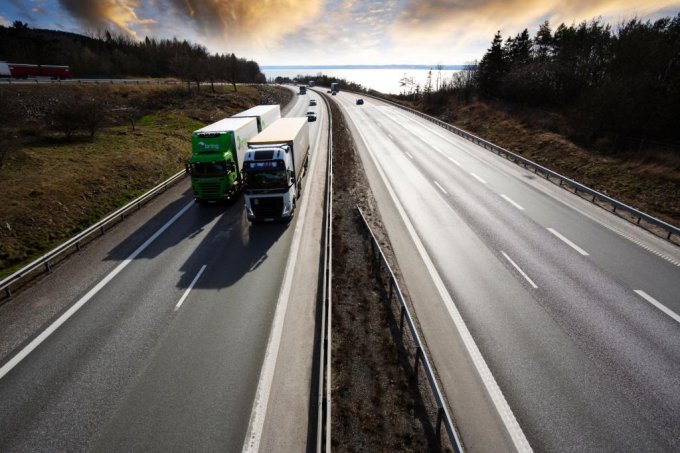 The adopted project also presents penalties for failure to provide up-to-date geolocation data and lack of equipment of the vehicle with a locator. Carriers who break the law are to be threatened with a fine of PLN 10,000. On the other hand, if during the inspection of the transport of goods an improper use of the locator is found (e.g. switching off the device), the driver of the vehicle will be charged with a fine of up to 7500 PLN. According to the draft amendment, the driver will also be obliged to start the locator before the transport from the first place of loading.

- Drivers and transport companies will be responsible for the proper functioning of monitoring equipment. This entails additional obligations when transporting sensitive goods. Many companies already use advanced telematics and GPS monitoring systems for their own needs. Very often such tools are also an element of a larger process, used to manage and optimize the functioning of the whole car fleet - adds Korbuszewski.