Kiss and go. Such marking appeared in front of the building of the old railway station in Poznan. It marks the places where people driving travellers to the station can stop, "give a kiss goodbye" and leave.

The Kiss&Ride signposting can be found in many large agglomerations at important interchanges: railway, bus and underground stations. In Poland, it operates, among others, in Warsaw, Wrocław or Łódź. It allows for a legal 1-minute stop in order to blow up the passenger in the nearest vicinity of the station or stop. In Poznań, the lack of places where one can stop freely to blow up or pick up passengers was strongly felt. Especially as the places in front of the old station building were usually blocked by taxis.

- Many times we received complaints about this from Poznań residents. We asked the Municipal Guard to take a look at the situation, but it was a game of "ciuciubabka". When the guards appeared in the vicinity of the station, the taxi drivers disappeared when they left, the taxis immediately took their seats in front of the station - said Deputy Mayor of Poznań Maciej Wudarski. 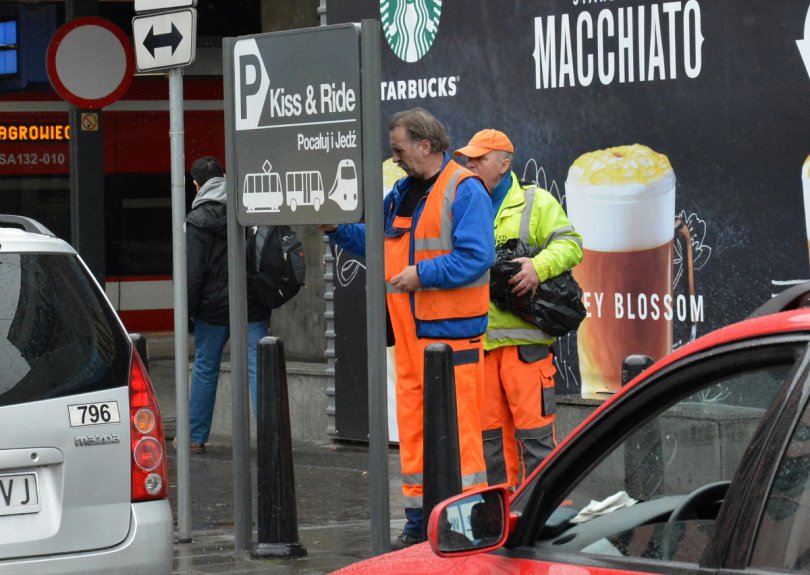 The solution to the problem is to be Kiss&Ride seats. It is a compromise worked out by way of negotiations, which the city has undertaken with a group of representatives of taxi corporations and individual taxi drivers. As part of the agreement, ZDM will designate additional parking spaces in the vicinity of the pillars of the Dworzecowy bridge for taxi drivers picking up passengers from the station. These, in turn, have undertaken not to block the places in front of the station building.

- The agreement is a gentlemen's agreement. This solution will only work well if all parties respect it - President Wudarski points out - If the situation does not change, we will have to think about closing the railway station square and introducing rules similar to those at Ławica.

The marking is additional and informative in nature, reminding us that these places are intended only for people who are driving travellers. The tested solution, if it works, will be introduced near other interchanges. 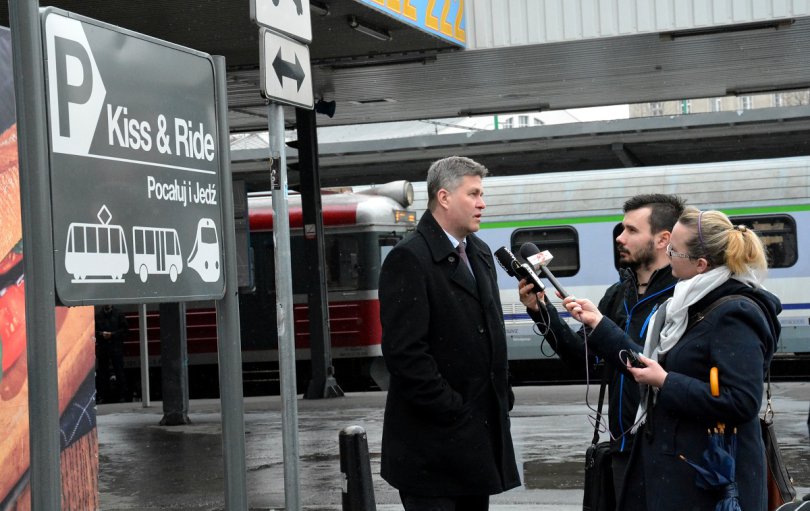 - Another natural place where we could put such a sign is the bus station, on the side of Składowa Street, where a 1-minute stop is possible," announced Tadeusz Nawalaniec, deputy director of ZDM.