Not only does it teach the basics of encryption through entertainment, but it resembles pre-war Poznań. The new game by Wydawnictwo Miejskie Posnskie Łamcze łareków cipher is already on sale. It is a real treat for board enthusiasts.

- After the success of our previous board games of Poznań. We are building the city from 2011, we decided to release another game, this time a more difficult but no less emotional board game - said Katarzyna Kamińska, director of the Poznan City Publishing House, during the promotion of the new products of the publishing house. The place of the event was not chosen by chance, it was the building of the former Collegium Historicum, where before the war the cipher office of the Polish Army was located. It was here that cryptologists Henryk Zygalski, Marian Rejewski and Jerzy Różycki from Poznań worked, who broke the code of the German cipher machine. They did almost unimaginable things at that time. - Apart from that, as we already know, the Enigma Museum will be built here, which is a very optimistic prospect for the future," added Kamińska. 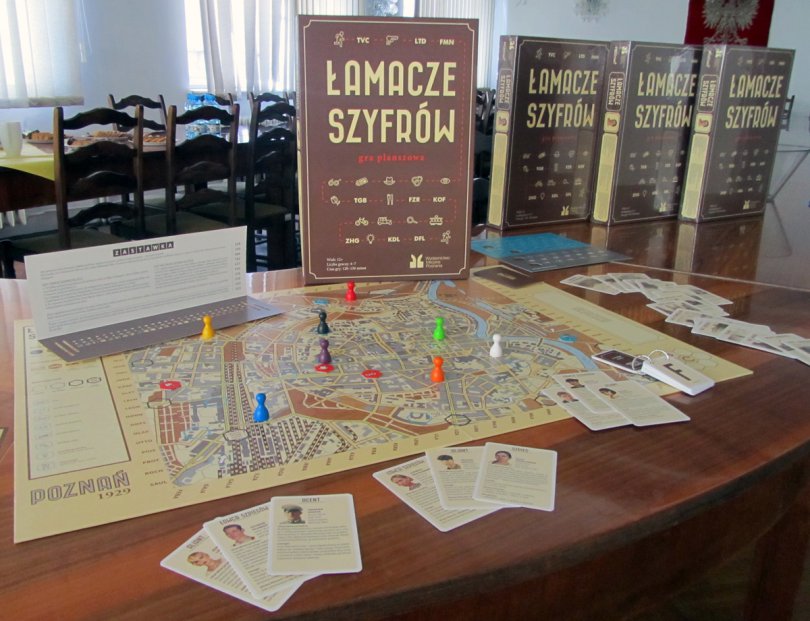 - All these elements that we have been talking about lately, i.e. the cipher box, the game and finally the planned construction of the Enigma Museum in this building, are to serve one purpose, to show everyone that it was in Poznań that three cryptologists broke the enigma ciphers, which shortened World War II - said Jędrzej Solarski, Deputy Mayor of Poznań. - We are very proud of this fact. That is why we want to promote and show it. The game itself is another element of this promotion, but also just a good fun. There are agents, there are ciphers, it all makes us think, and on the other hand, there is also a cognitive accent, because we get to know Poznań of the interwar years - explained Solarski.

- While creating the game, we knew that we had to pay attention to encrypting and breaking ciphers. Cryptology is a difficult and tedious field, so we decided to add a little bit of spying adventure - said Szymon Dąbrowski, author of the game. So we have in the game a spying action, where players can become cipher office agents, there are German, Soviet and Western agents. These agents can help us solve the puzzle. Participants of the game will learn the basics of encryption and cipher breaking. The agent who is the main character encrypts the message and sends it. - The whole thing takes place in the space of Poznan, which in the vast majority no longer exists, because the buildings that we show the participants are those that either no longer exist or have been significantly rebuilt, such as the cathedral. We move around the map, which is an exact replica of the map from the turn of the 1920s and 1930s - explained Dąbrowski. 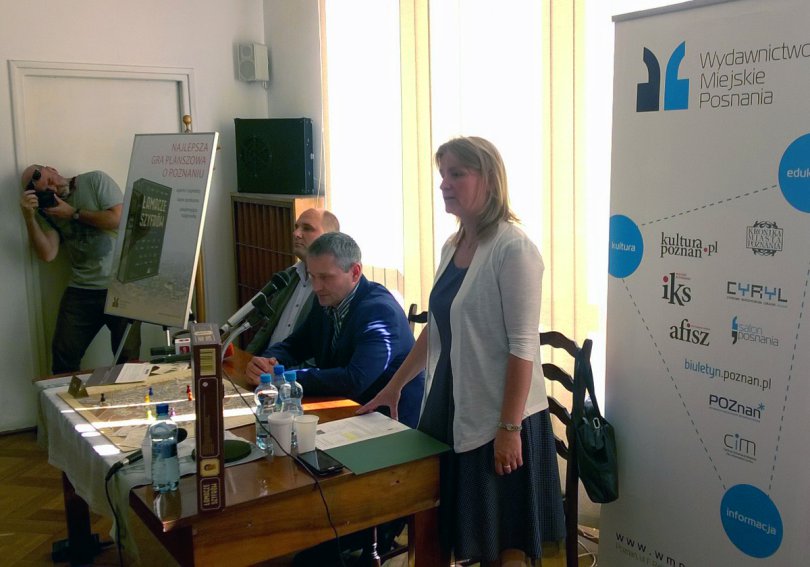 The game is created not only by the board, but there are also chips, special character cards, places and cards with alphabet letters, pawns, chips with equipment and attributes, as well as a special box. It is designed for people from 12 years old, the number of players that can play is from 4 to 7 participants. The time needed for a full game is from 120 to 170 minutes. Additionally, it is worth knowing that although the game is planned for slightly older players, there is also a simplified version for younger ones who will want to play it.

The game can already be purchased in the Salon of Poznań at 44 Ratajczaka Street, next to the main seat of the Municipal Information Centre. It is also available in the Internet shop of Wydawnictwo Miejskie Posnania at: sklep.wmposnania.pl