The automation of marketing is a solution which is not without reason very popular, as it allows marketers not only to save time, but also to engage more fully in those tasks which require a strategy. It is not always possible, because sometimes their valuable time is used primarily for manual performance of tasks for which repeatability is characteristic. It is the positive impact on the pace of work of marketing professionals that is considered to be one of the most important features of the Marketing Automation system.

The implementation of the iPresso system is inaugurated by introducing data collected in the previous period. It turns out that already at this stage you can see the benefits that have an impact on improving the work of marketers. 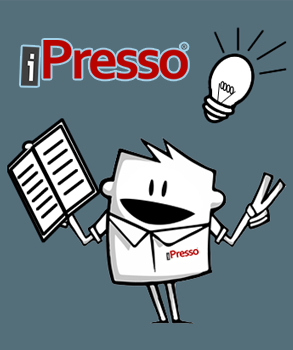 Nearly one third of people using MA points out that we are talking about a solution whose greatest benefit is associated with freeing them from tedious and repetitive tasks. Until recently, it was a necessity, and now we can talk about time that allows us to focus on more important goals. Importantly, the system gives us the opportunity to import into it also those databases of contacts that we managed to gather before its introduction, as well as information gathered about them.

Segmentation is an important feature of the iPresso system, it is worth mentioning that it is based on various types of attributes, categories and tags. It allows for quick selection of quite hermetic groups of recipients, even such as the one that is to include men living in the Silesian Voivodeship from 18 to 30 years old. Thanks to such precise information, it is possible to conduct advertising campaigns aimed at precisely defined target groups, and this makes marketing activities more effective.

The possibility of introducing into the system a database of contacts we have at our disposal also gives us a chance to generate quite detailed reports. These reports are most often related to the demographic profile. What is important, once generated, reports can be updated in real time, so they quickly include new contacts. Thanks to this, you can immediately check the demographic structure of the database to see if there are any significant changes in it.
Segmentation so characteristic of MA systems is usually associated with classical demographic data. It is worth remembering, however, that it may also take into account other factors, such as the activity carried out by contacts present in the database. This translates into the introduction of behavioural data into the system. Moreover, we are still talking about activities that do not involve marketers in any way. Everything happens automatically in the background.

Another important factor that cannot be overlooked in this context seems to be the lead scoring, i.e. the point evaluation of contacts, which is based on the activities they undertake. It turns out that this solution is extremely effective, which can be proved by the fact that as much as 68 percent of those companies which are said to be leaders in their industries refer to it.

The lead scoring itself can also be modified if we consider it necessary. Most often in such a case the so-called demographic scoring is used. The results of combining both methods are particularly satisfying, as it allows us to determine which of the contacts is closest to the decision to make a purchase, and which one expects stimulation from our side. What's important is that all lead scoring activities are carried out on a single platform, as this is the Marketing Automation system.

Today, Marketing Automation is increasingly being described as a marketing technology from which we can expect the highest return on investment. Already at the stage of building the database, it is provided by people in charge of the marketing department, and also provides valuable support during its management, leaving more time to be used for campaign planning.